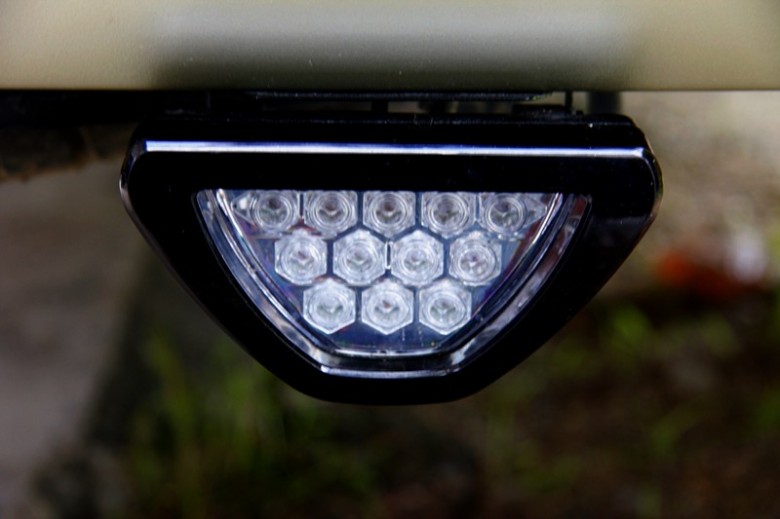 When I’m driving at night and if I stop at the red traffic light, I would glance at the rear view mirror to see if there is any vehicle coming. If I see one, I shall release the brake paddle and press it again just to make sure that the driver behind take notice of my stationary vehicle.

Due to my concern, I had contemplated with the idea of putting a fourth brake light, a blinking brake light to my vehicle. An accessory that was not meant for aesthetic value but for safety reason. I hesitated.

Two weeks ago I stopped at a red traffic light. A few seconds later, I heard a very quick pulsating sound that came from behind me. Through the mirror, I saw a car trying very hard not to kiss the rear end of my vehicle. Immediately I released the brake and tried to surge forward but to no avail. Just as I was about to press the pedal to accelerate and avoid the impact, I got an involuntary push from behind.

Luckily the brake had been released else the damage would be more severe. The other party driver owned up and paid me for the repair. It was settled amicably. Later a friend of a friend of mine told me that it could be reformed back by applying heat and since I had the necessary tools I decided to do the repair myself.

At least the probability of awareness is increased

1. “Kalau tak nampak pun nasib!” literally it means “If not see still, luck (not the jolly kind)! To put it in context it means, “Still if it cannot be seen then it is the driver of the vehicle behind and/or my day!”