I have not been keeping myself abreast on the development of the low-level side of the PC, namely the firmware and hard disk partitioning until I find myself facing a wall.  Why?  Because not many sites cover this topic.  If they ever did, then I probably would have missed it or I could have brushed it aside because it is of little concern.  The PC has reached its peak growth so there is not much to write about.  Naturally and gradually articles on smart phones and others appear to fill in the void.  As for my complacency, it is intentional.  I have learnt not to know fully well details of something which will become obsolete in a few years, just enough on the superficial level.

Enough said, now back to the topic.  My recently assembled PC fails to load Ubuntu Studio after reimage.  The program that I used for both processes, cloning and reimaging, is non other than Clonezilla.  Upon rebooting, Grub just could not proceed to load the OS and it duly ends to a prompt.  If I remember it well, I think it says something about missing config file.  I reinstall Ubuntu Studio and repeat the whole process again and the result is still the same. 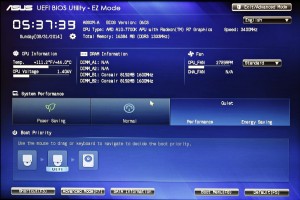 My first stop in troubleshooting journey is clonezilla.org.  Here I come to know about EFI which later become UEFI, which gives birth to GPT or GUID Partition Table.  The purpose of their creation is to cater for the needs of future architecture, namely the 64-bit processor architecture.  That is to expand the limitations posed by prior solution (seems that is also contained safeguard for proprietary materials).  After some quick readings, I come to the conclusion that the probability lies in the MBR size in the GPT partitioned hard disk that causes the problem and I am using an old version of Clonezilla.  I then proceed to download the latest stable version of Clonezilla, the Ubuntu-based 64-bit version and problem solved.