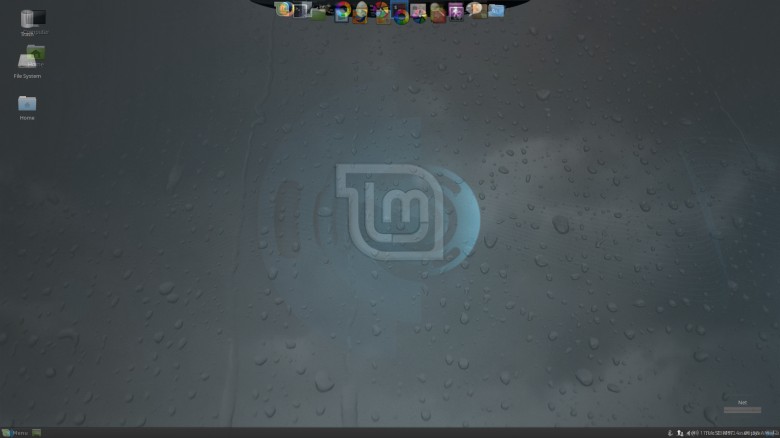 After installing a second monitor on the Ubuntu Studio, the panel or taskbar, as they called it in Windows, loses its transparency setting. It is one of those minor quirks in Linux that you can live with but still I decide to give a check on others. I opt to install Linux Mint Xfce edition since it has the same Xfce desktop environment that by now I am a little familiar with. It seems to be working fine with all the panels transparency in working order.

I proceed to install all the application programs that I require without a hitch until I begin to set the icc profiles for the monitors and printers. That is where I get the first hindrance. Linux Mint Xfce does not have a program to install the profiles for the devices mentioned. Obviously the next step is to install the program for the profile loader, gnome colour manager in this case. It goes along smoothly with no problem at all except that the program is nowhere to be found and I am not able to execute it even in command line. Maybe it is not compatible with the desktop but even the KDE version gives the same result. I am not very familiar with Linux and to save time I ditch it and look for a distro that have a colour manager program by default. I find 3 to start with, they are Ubuntu 14.04, Linux Mint 17 KDE and Linux Mint 17 Cinnamon editions. 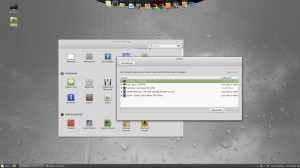 The Colour program in MInt Cinnamon to set the icc profiles

Since I am an old-school computer user who prefer the taskbar/panel right down below the screen with the necessary information on it, I skip on Ubuntu and Linux Mint KDE is given the boot, no pun intended. It’s great, very customisable, only to be given away by its menu, it is not to my liking. I am now left with Linux Mint Cinnamon and wow, no wonder it is the most popular distro right now in the Linux world. 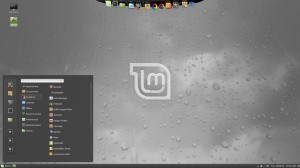 Now with all the printers installed, dual monitors up and running, profiles and the necessary programs loaded, the computer is now ready at last. One thing that is missing is the network monitor though.  The KDE and Xfce desktop environments have it.  This is to make sure that the computer is not leaking to the net without your knowledge.  I just hope that it won’t be long that someone patch up the KDE or Xfce version into a desklet as they termed it in Cinnamon.

Update 7 Feb 2016:  The problem with network monitoring is now solved.  I bought a used small PC just for Internet.  After installing Cairo Dock, I realised that there is an applet named Netspeed which I never did see before and it can be moved to the desktop.  Here’s the screenshot of the desktop. 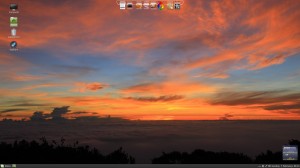