Pictures of buildings, old and new, around what was previously the mouth of the Singapore River. 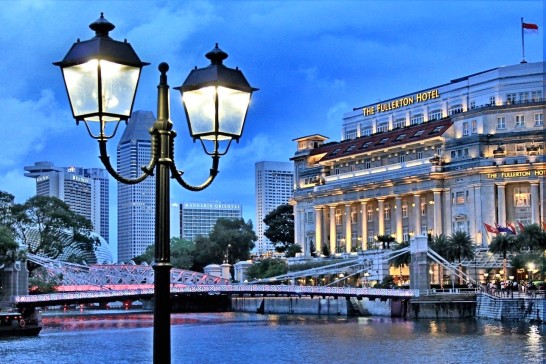 The old and the new

Notice of bridge usage by the CPO 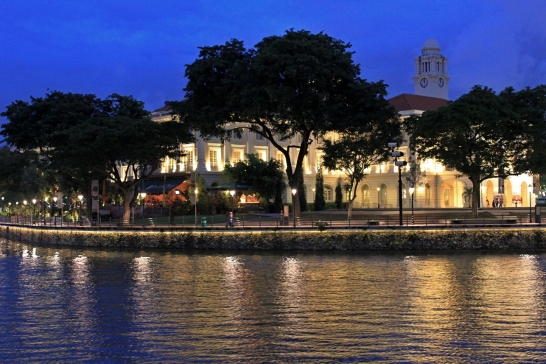 Once occupied by the Immigration Department but now a museum

6 more hours to go, I should be checking-out and head for the airport. In looking back, the tiredness and aching after the climb to the summit of Mount Lawu, had limited my tour this time. I had not ventured up country. Maybe next time.

Transferred the photographs into the notebook. Reviewed them, later logged-on the Internet  and updated this blog. I would not be sleeping, I dared not. I did not want to miss the flight at nine in the morning.

Had shower. Some potato chips and hot coffee.

Left for the Adi Sucipto airport by taxi. Arrived at the airport about 50 minutes later, hanged around for a while at the entrance.

Stood in the line at the check-in counter. When done the door leading to immigration clearance had not opened yet. I looked around for a coffee shop, ordered a cuppa, sat down and logged-on the to the Internet.

Cleared the immigration and proceeded to the holding area. Just like Adi Sumarmo airport in Solo, Adi Sucipto is a small airport and unlike Adi Sumarmo, it is a single storey building complex. The flight was delayed about half an hour and  to kill time I did some typing.

Arrived at KL LCCT. Bought a bus ticket for RM 8 for a ride to KL Central which is essentially a train terminal plus station for the local rapid transit. After I bought the train ticket to Kulai on the Senandong Malam train to Singapore, I left the luggage bag at the locker and roamed around. There was quite a number of free access points here. Found a corner with power point, I sat down on the floor and in no time, got connected to the Internet.

Had chicken steak at the food court. Still had not sleep since last night except some head noddings while on the bus. Found a corner behind gate A and rest.

Retrieved my luggage and waited at gate B for the train.

Train left for Singapore. Had dinner of what said to be Nasi Lemak (it didn’t taste like one) because it is easier to sleep with a filled stomach. Later on had a sleep that lasted just a while. The rest of the journey, I was practically alert. The air-condition was too cold for my comfort.